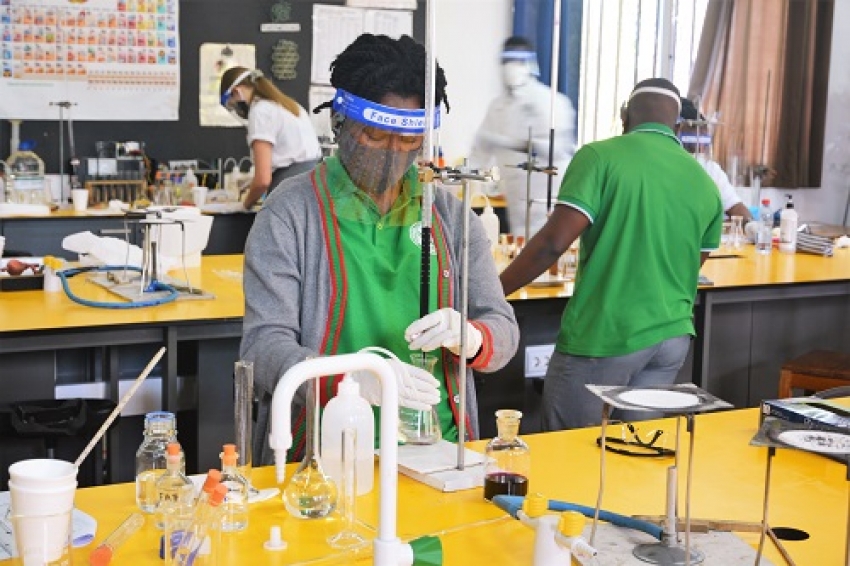 After having completed Grade 11 with the IGCSE exams, many students take AS and A-level qualifications in Years 12 and 13.

AS and A levels are the traditional qualifications offered by schools and colleges for 16-19 year olds. They’re highly valued by universities and employers and focus on academic subjects.

The student can continue with subjects taken in Years 10 and 11 and/or take new ones.

Most students studying for A-levels take four AS levels in their first year. This means they can keep their options open about which subjects to study as a full A level. AS levels involve 180 guided learning hours. They are equivalent to just under half an A-level and generally take a year to complete.

Most pupils take four subjects in Year 12. After AS level exams they drop one subject, and continue the other three through Year 13 to complete A levels.

The subjects your child studies for A/AS level can help shape their future, so their choices are important. They don’t necessarily have to choose between MATHS/SCIENCES or ENGLISH/HUMANITIES – it’s fine to mix them. However, if they’re already focused on a particular career, this is a chance to start to specialise.

What matters most is choosing subjects your child will really enjoy. A/AS level involves much more in-depth study than IGCSE, and to do well your child will need to do extra reading and become absorbed in their subjects. You can help them to work out which subjects they've a 'feel' or passion for - you know their interests and their strengths.

Cambridge International AS and A Level develop learners’ knowledge, understanding and skills in:

The Lisbon Convention (an international agreement signed by 50 countries and international organisations, including the European Union, USA, Australia, Canada, Israel and New Zealand) facilitates the recognition of foreign studies among the signatory countries.

Unless a substantial difference is observed, a qualification issued by one of the signatory parties is recognised by the others. In terms of access to higher education studies, the Lisbon Convention guarantees that holders of an upper secondary school or high school qualification that grants access to tertiary education in their home countries will also meet the general requirements to apply for higher education in the rest of the signatory countries, meaning, in countries where Grade 12 is the final year of secondary education the AS level will be accepted as a University entry.

Research has been carried out to explore whether Cambridge International AS and A Levels predict readiness for and continued academic success at US universities. Findings from a number of research studies suggest that the Cambridge programme compares favourably with other programmes, including the International Baccalaureate (IB).

The Maputo International School, founded in 1976, caters for the children of both expatriate and Mozambican families.